Last spring I had again the chance to negotiate an Extreme Contract as a freelance consultant and it went amazingly well, with a true win-win outcome for me and my customer. I really loved every bit of the story I am about to tell you and I hope it may give you some clue on how a freelance knowledge worker like me could get better deals than usual.

[This blogpost is based on a real story. Real names are kept hidden, for the sake of privacy. Happy reading!]

A few months ago I received a request for help from a company. “Our organisations is arranged in seven different business lines and we have two problems” they said. “First, we faced a steep increase in rework: defects keep on hitting the quality of our delivery, so we have to work more than once on the same thing.”

“Second, we want to understand if our process hides some chance to improve in ways we are not even thinking about. We’d like to develop a set of guidelines for our business lines to follow and get better.”

Talking my way a bit deeper into their reality, I discovered they considered those seven lines as “independent strategic assets”—as they loved to call them, each with their specific habits and rules—and still wanted this to be true in the future. They had thought of me as the right person to investigate their workflows and facilitate the distillation of a few guidelines, a sort of “federal constitution” as their declared final goal.

I had a preliminary meeting with the general director together with Luca, my partner for this project, and we collected some useful information for us to

Once back home we decided we should go for a series of seven workshops plus one, the former designed to extract pain points from each business line, the latter to distill the requested guidelines in a plenary session. Basically we were ready to commit for a series of eight all-day workshops. At this point we had to make a quotation, also known as the challenge of figuring out how much to ask for.

Luca proposed to start computing all the required expenses with a very sophisticated Google spreadsheet he was used to. He inputted the (assumed) daily rates for me and all the required facilitators, the desired gross margin ratio and the number of days needed for this activity to be over. After a few minutes we had two clear numbers: the expenses amounted to almost €20000 and, according to a 44% configured gross margin ratio, the final quotation amounted to €36000.

Luca looked at me with a rather satisfied grin. It looked like a very good deal and every detail of this quotation could be explained and justified, but I was not satisfied: I knew we were leaving money on the table and I also knew that it was not due to us not hitting hard enough. Just asking for more wouldn’t have worked. I realized that we were conflating the notion of cost with the notion of price, confusing both with the concept of value. We were just using our cost to set our price. Asking for more money would have just raised our price, but not made the value we were willing and capable to produce for the customer any clearer.

So I realized our mistake: we were not putting value front and center.

I insisted: “Can we ask them now?”

“No, we can’t: it’s 6pm now and we have to send the quotation by tomorrow morning!”

“Follow me: during the meeting the general director said their yearly revenues are worth €220 millions per year, right?”

“Well, that’s not an opinion!”

Luca was puzzled. I made haste and followed with an explanation.

“Would this series of workshop, or even better, would this need to streamline their own processes show to be strategical if they were not even ready to invest 4 euros out of 10000 of their yearly revenue? From a pragmatical point of view: is something less than that likely to be truly strategical?“

At this point we had a first draft of our offer which could be summed up like this: “since we know that your seven business lines are “strategical”—if not even core—to your business and you are asking us to help you fix them, then we can assume our common goal is worth a very small fraction of your yearly revenue, let’s say 4 parts out of 10000: €88K out of €22M”.

An offer they can’t refuse

Still it was not obvious that our customer would accept the risk of throwing 88K out of the window, no matter that it was a very tiny fraction of their revenues. Would you go and throw 20 cents out of the window of your running car just because I asked you to? I don’t think so and you would be right!

So I decided to live by one of the eight key principles of Extreme Contracts—In Their Shoes—and tackle their possible and legitimate perception of this risk. We included in the offer the chance to get the first workshop for free to let them assess our design, its effectiveness and our skill as facilitators. All in all, in this way, they were left free to check if we were just a scam called consulting. Once assessed our design and skills, they would be free to go on with the following 7 workshops and pay us for the whole activity.

Our updated offer now was: “despite the super tiny amount of money we are asking for compared to your yearly revenues, we understand you would love and may need to avoid unintended loss. To address your need for safety, we are going to let you test our workshop format and our skills by beginning our collaboration with a free session. If you’ll like it and if you will see any real impact, then you’ll give us an OK-go for the rest of the sessions”. Sure to have acted on the basis of a good rationale, but still afraid to have missed something important, we sent our document and waited.

After a few days our customer contacted us back and asked to talk face to face about our offer, which we were quite glad to do: it was not a plain refusal, good news!

Once I met with the customer, I was happy to see the CEO seated next to the general director: in negotiation you must always welcome upwards escalation in the hierarchy; no matter the final outcome, in the end you will know to have discussed options with the most entitled person to make those decisions.

They basically presented two requests to me:

So the final agreement was for €88000 for 7 single-line workshop plus a plenary one, with an option for them to stop after the second workshop and just pay €12000. They accepted.

We delivered the first two workshops and we managed to use the feedback on the first one to improve the design of the second day, leading to the customer’s trust in our design, skills and goals. They decided to go on with the rest of the workshops and, after a rewarding streak of seven workshops, we set up and delivered the final one, which led to a powerful list of guidelines the customer was now free and willing to experiment with. No need to say at this point: we earned the whole amount and soon a €88000 bank transfer was made.

What’s most important, as it emerged from our retrospective discussions with Luca, in the end the customer never discussed the price, never even tried to lower our quotation because we had addressed their real concerns—impact and risk—on the merit rather than using money as the only available dimension of our negotiation. In the end, as the best feedback of all, the customer wanted to discuss further collaborations.

I think this is one of the best description of what Extreme Contracts mean: an agreement based on value delivered, no emphasis on effort needed and lots, lots and lots of care for the other party’s needs and fears.

I hope you enjoyed this article. If you think it gave you useful and relevant insights on your business negotiation style, please consider sharing it on your social media accounts.

I am going to publish a book about Extreme Contracts within December 2018.

If you want to get updates about the publishing or just know more about Extreme Contracts follow the #ExtremeContracts hashtag on Twitter, subscribe the very-low traffic international newsletter or just… drop me a call! 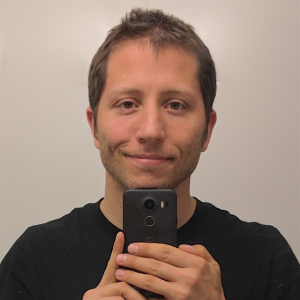 No spam, notifications only about new products, updates.
PrevPreviousWhy I will attend Nassim Taleb’s Real World Risk Institute workshop in New York City
NextThe markers of de facto slavery — #1: there is no permanent jobNext
On Key